So far in 2022, the anime world has been hooked by the dramatic final season of Attack on Titan. First aired in 2013, the series has amassed one of the biggest followings in the world, cementing its place as one of the most popular anime of all time.

Many anime fans and people that just love a good TV series will be looking at the hype surrounding the final season of Attack on Titan with envy if they haven’t been following the story. If you’re considering leaping into this world from the beginning, we’re here to tell you if Attack on Titan is good and worth watching in 2022.

What is Attack on Titan About?

Known in Japan as Shingeki no Kyojin, the story takes place in a world where what remains of humanity lives behind walls that protect them from rabid giants known as titans that eat humans seemingly for sport.

Eren Yeager is a young boy living in a small town by the wall, who dreams of one day seeing the outside world. However, his life his is thrown into chaos when a mysterious colossal titan suddenly appears and breaks through the wall, causing a titan invasion that decimates his hometown his and kills his mother his.

Fuelled by rage, he and his friends enlist in the Survey Corps, a military unit tasked with taking down the titans. Thus starts Eren’s mission to reclaim humanity’s dignity by eradicating the titans.

Is Attack on Titan Over?

Yes, the story is officially over. The Attack on Titan manga upon which the TV series is based was finished in 2021.

The final season of Attack on Titan, season four part two, is currently on air and is forecast to end around April 2022.

Of course, there is the possibility of Attack on Titan spin-offs and additional stories in the future. However, none have been confirmed or reported so far, and these will likely not impact the main story which has most certainly finished.

Is Attack on Titan Good?

Yes, Attack on Titan is seen both critically and by fans as a very good anime series.

Attack on Titan has received various awards and nominations for all of its series. Season one claimed many national anime awards worldwide in 2013 and 2014, while Season Four Part One won Crunchyroll’s Anime of the Year award.

In the fan-led anime rankings on popular database MyAnimeList, Attack on Titan currently ranks as the second and third best anime series of all time for The Final Season Part Two and Season 3 Part 2 respectively. Every series has a minimum aggregate score of 8.5 out of 10.

Is Attack on Titan Worth Watching?

Absolutely! Whether you’re interested in exploring the world of anime or simply want to enjoy a new action series, Attack on Titan is worth watching.

However, as a word of warning, it is a series with violence, horror and some gore. While there are some fantasy elements, it is a realistic series depicting people in harrowing situations, which might make Attack on Titan not worth watching for some people. We wouldn’t recommend this show for young children, for example.

One of the positives of Attack on Titan is that it grabs your attention very quickly; the mood is set from the very first episode. So, if you’re not sure about Attack on Titan, give the first episode a try and if you don’t connect with it, then it might not be for you right now.

If you consider taking Attack on Titan further, expect a series full of unexpected plot twists. As the episodes go on, the action-heavy series develops an undercurrent of sub-plots that add depth to every conversation and encounter. If you love mysteries and working shows out as you go, Attack on Titan is sure to satisfy that itch.

Another thing worth noting is the animation style. The artistic style of the show matures with the characters, so don’t let it put you off if you’re unsure about the first few episodes. Eventually, you’ll find yourself swept up by the sheer scale of the series – anime is the perfect way to highlight the incredible height of the titans!

We hope that you take a chance on Attack on Titan! As long-time fans of the series, we’re hugely jealous of anyone who gets to experience episode one for the first time. If this recommendation doesn’t seem quite right, why not check out these other anime like Attack on Titan? 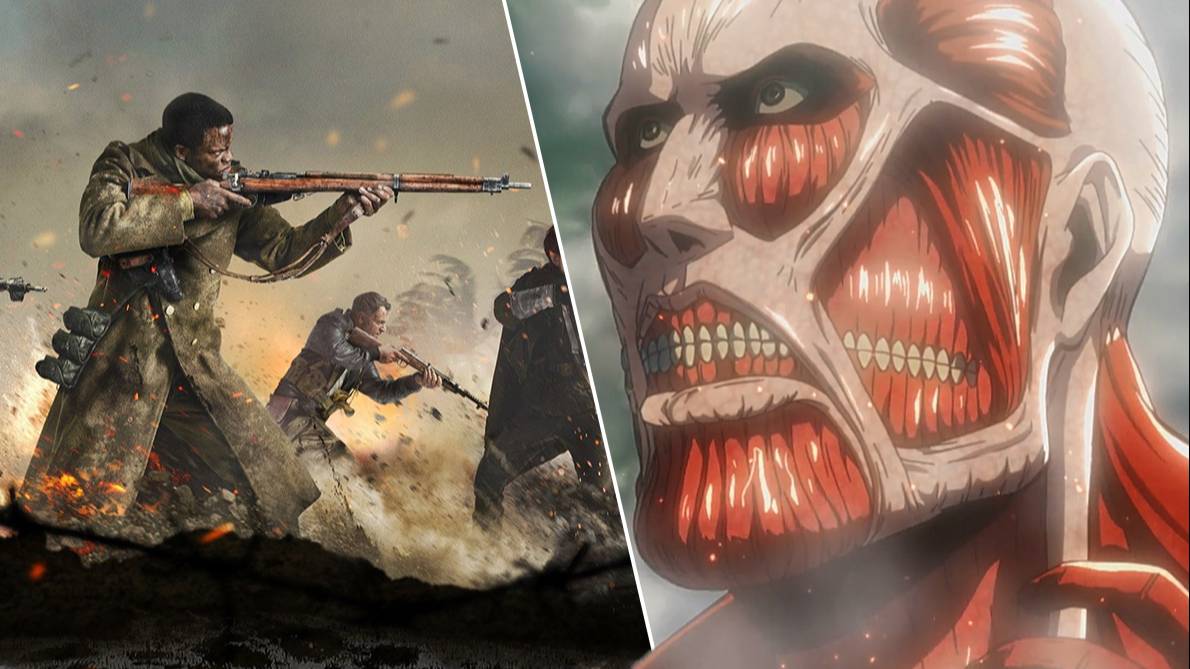 ‘Warzone’ Gets ‘Attack On Titan’ Crossover This Month