Attack on Titan Season 4 has been a great treat for the AoT fandom around the globe. The anime not only captured the essence of the manga, but it has also really gripped fans all over the world and showed the grim reality that the characters face. It has become a major shocker for many fans upon learning that the anime is in its final season. This leaves many people to wonder, will Attack on Titan have a season 5 release?

The finale of Attack on Titan Season 4 Part 2 has just aired, and as it concluded, big new was announced by the studio.

Why Was Attack on Titan Season 4 Handed Over to MAPPA?

Before diving deeper into the possibility of having an Attack on Titan Season 5, it is important to understand the things that happened behind the scenes. In fact, the first three seasons of the hit anime were handled by another studio. The series made headlines after it was revealed that season 4 will be worked on by a different studio.

Seasons 1, 2, and 3 were all handled by WIT Studio. Season 4 is currently being produced by animation studio MAPPA. WIT Studio has helped built the AoT anime series into a success story with the three seasons it worked on.

However, WIT Studio was just a hired contractor. The studios in the business are paid to produce a certain number of episodes. In this case, WIT Studio cannot decide what to do but rather just do the work they were hired to do.

WIT Studio doesn’t have any share in the financial success that the license holders earned. This is why in recent years, WIT Studio was focused on producing original works produced by them.

In contrast, MAPPA is given a seat on the anime production committee of season 4. A committee is a group of companies that invested in the anime project, sharing both the risk and rewards.

This is why MAPPA will be invested in making the final season as successful as possible. They also have more control over how the story ends, compared to WIT Studio.

Will Attack on Titan Have A Season 5?

It has been announced that there will be a ‘Part 3’ to the final season of Attack on Titan, set to air in 2023.

The announcement was made after the final episode of Season 4 Part 2 was aired:

No news has been announced regarding what form or length this ‘conclusion’ will have. It could technically be a Season 5 in all but name, or it could be a smaller special run.

Related: Where to Watch Attack on Titan Season 4, Part 2

So far, MAPPA has stayed close to the source material. One of the worries that many fans had before season 4 Part 2 began was the fact that it only has 12 episodes. The main issue back then was that the series might squeeze three to four chapters into one episode.

Thankfully for fans, the pacing has remained fairly true throughout the whole season. Inevitably, though, that’s led to a situation where there is still story to be told as Season 4 Part 2 comes to an end.

However, what form will this remaining ‘conclusion’ actually take?

A Movie at the End of Attack on Titan Season 4?

This has been one of the most popular theories, but so far, there has been no official confirmation that there will be a movie to end the Attack on Titan anime series.

The announcement of a ‘conclusion’ to air on NHK (national TV in Japan) in 2023 appears to make a movie unlikely. However, the conclusion could introduce longer episodes, which could give the ending a more cinematic feel.

Warner Bros has the right to produce a live-action film for Attack on Titan. Although the series already has a live-action in Japan, Hollywood is also grabbing a bite. WB tapped The Flash director, Andy Muschietti to helm the live-action movie. However, it’s hugely unlikely that this would happen anytime soon.

Another theory for Attack on Titan’s conclusion was that more episodes would be added after the end of season 4 part 2, essentially creating a special mini-series for the final events in the long-running show. It looks like this theory is the one that’s come to pass.

We currently don’t know the episode length for Season 4 Part 3, the ‘conclusion’. However, it’s clear that there will be another TV run for the series next year that covers the final events in the series.

If there is any more official news announced, you’ll hear it from us!

Related: Is Attack on Titan Good or Worth Watching in 2022? Review for New Viewers 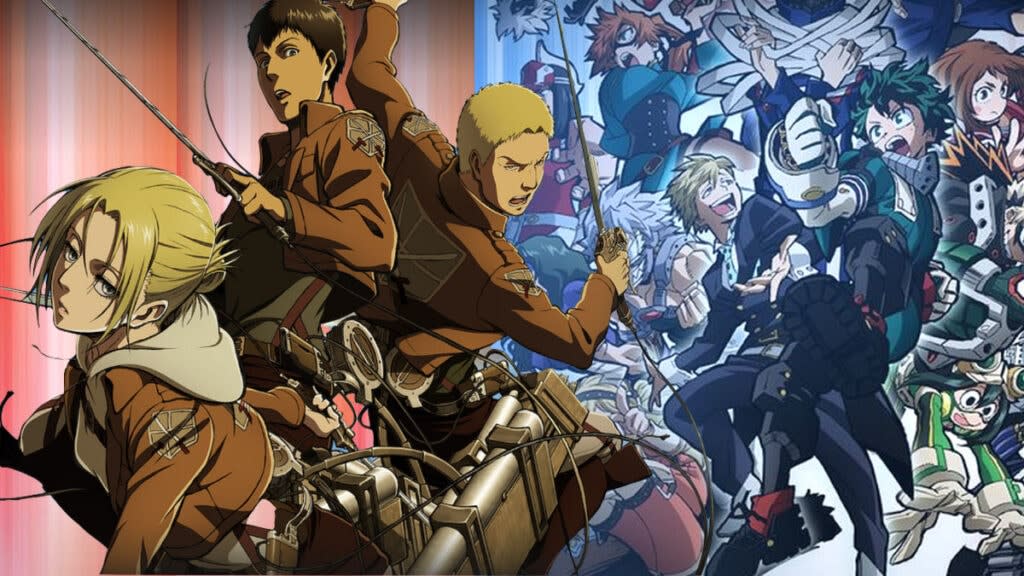